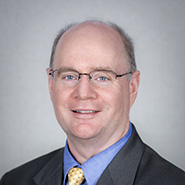 James K. Purdy is a highly accomplished attorney with 30 years of experience, a master negotiator, and an expert in the art of conflict resolution. His robust legal background equips him to work on any case from beginning to end while keeping his clients informed throughout the lifecycle of their case.

Mr. Purdy received his Bachelor of Arts degree in political science and history from the University of Minnesota’s College of Liberal Arts in 1989. He remained at his alma mater to pursue his law degree at the University of Minnesota Law School, where he earned his Juris Doctorate with honors in 1992. During his time at the law school, Mr. Purdy served as a student attorney and Director of Legal Assistance to Minnesota Prisoners, an organization that provides legal aid to the incarcerated.

Upon graduation from law school, Mr. Purdy followed his calling to serve his country and joined the United States Air Force as an Assistant Staff Judge Advocate (JAG). During his six years as a JAG officer, he worked on cases concerning military justice, healthcare, labor and employment, claims, and government contracts.

After his honorable discharge from the U.S. Air Force in 1998, Mr. Purdy entered the private sector and joined Wilkes & McHugh, P.A., now known as Wilkes & Associates, P.A., as a trial lawyer. During his time at the firm, Mr. Purdy represented victims of nursing home abuse and neglect, premises liability, and medical malpractice until leaving the firm to start his own practice in 2005.

For the next 15 years as a sole practitioner, Mr. Purdy honed his legal skills by helping his clients with labor and employment, corporate, construction defect, breach of contract, and personal injury claims.