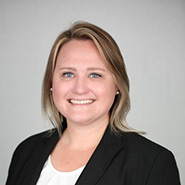 This quote by Theodore Roosevelt serves as the bedrock and guide for Jessica D. Russ as a counselor at law and advocate for those injured and neglected by America's healthcare system, especially those victimized by nursing homes and assisted living facilities.

Ms. Russ began her postsecondary education at Houghton College in Western New York State, where she earned her Bachelor's Degree in International Relations with high honors. During her time at Houghton, she studied abroad in Prague, Czech Republic, and played on the school's basketball team.

After graduation, Ms. Russ moved to the Sunshine State to attend Florida Coastal School of Law in Jacksonville to realize her dream of becoming an attorney. During law school, she served as the American Bar Association President and received the distinguished award of Pro Bono Honors Graduate. She realized her dream when she successfully passed the Florida Bar exam in 2010.

Ms. Russ decided to spend the first nine years of her legal career serving Floridians at the 13th Judicial Circuit Public Defender's Office in Tampa, Fla. as an associate attorney. While at the 13th Circuit, she participated in over 100 jury trials, leading more than 50 of them.

After nearly a decade of working in the public sector, Ms. Russ decided to join the ranks of one of the nation's biggest insurance companies as a Senior Trial Attorney, where she handled complex bodily injury suits and tried several cases to verdict.

Ms. Russ joined Wilkes & Associates, P.A. in April 2022, equipped with a robust legal toolkit and interpersonal skills that will help her establish effective relationships with her clients and their loved ones during the life cycle of a case.

Outside of the office, Ms. Russ enjoys spending time with her family, reading, gardening, and participating in activities at the YMCA.