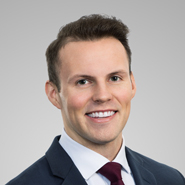 Ryan Dwyer graduated from the University of South Florida with a Bachelor of Arts in History. While at USF, he played on the University's Lacrosse team and was a captain in his junior year.

During his time at Stetson, Mr. Dwyer was the President of the Phi Delta Phi Legal Honor Society from 2019 to 2020. He was also a member of the Willem C. Vis Commercial International Moot Team, where he earned Honorable Mention for the Best Oralist award at the Commercial Arbitration Moot competition.

Mr. Dwyer additionally worked as a teaching assistant for Contract and Constitutional law, served on the dispute resolution board of the ABA Arbitration Team from 2018 through 2020 and was presented with the Stephanie A. Vaughan Exscellence in Advocacy Award, which is awarded to a graduating student who embodies excellence in advocacy.

During the summer of 2018, Mr. Dwyer interned for Honorable Charlene E. Honeywell at the United States District Court, Middle District of Florida, in Tampa.