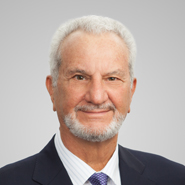 Bennie Lazzara Jr. has been with Wilkes & Associates since 1997 and has dedicated his trial expertise to championing the cause of the elderly, as well as fighting for victims of a variety of crimes and injustices. He has been involved in the trials of nursing home cases that resulted in several multi-million dollar, record-setting jury verdicts in Florida, Arkansas, Mississippi, Pennsylvania and California. Mr. Lazzara has, as trial counsel, amassed more than $200 million in total verdicts in his time with Wilkes & Associates.

Before Mr. Lazzara joined Wilkes & Associates, he was a prosecutor with the Hillsborough County State Attorney’s Office and an attorney with the Public Defender’s Office in Hillsborough County. At 25, he was prosecuting capital murder cases. He went on to become managing partner at Lazzara & Paul, P.A. for 23 years, where he handled a variety of cases, including medical malpractice, personal injury, criminal defense, wrongful death, libel, and other areas of commercial litigation.

Mr. Lazzara became known as one of Tampa’s legendary criminal defense lawyers. He successfully defended an innocent man accused of killing his wife and her boss in a crime dubbed the “Brandon Pizza Hut murders.” It was a high-profile case that gained national attention for Mr. Lazzara’s use of jury selection and blood spatter experts. It was featured on ABC’s “Turning Point” and Connie Chung’s “Eye to Eye” and still is used for training and education by some law enforcement agencies and law schools. Other standout defenses include those of several public officials, such as judges, sheriffs and a father of four who, in self-defense, shot and killed a homeless man who was attacking him.

He and his previous partner, Henry Paul, were instrumental in the creation of the Tampa Bay Lightning hockey team and served as their legal counsel. Mr. Lazzara is a regular speaker at national law conferences and law schools.

Mr. Lazzara received the AV Preeminent rating by Martindale-Hubbell for high ethical standing. He has been named a Best Lawyer in America by Best Lawyers since 1991. Super Lawyers Magazine consistently names Mr. Lazzara to its list of “Florida Super Lawyers,” including as recently as 2019. He earned the “In the Trenches” award from the Hillsborough County (Florida) Bar Association and has been accepted into two storied legal groups: the American Board of Trial Advocates; and the American Board of Criminal Lawyers.