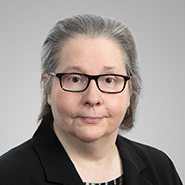 Her journey towards becoming a champion for the injured began in Martin, Tenn., where Ms. Perry attended the University of Tennessee, pursuing a Bachelor of Science in Political Science, graduating first in her class.

Her academic excellence at UT earned her admission to Harvard Law School in Cambridge, Mass. She graduated with her Juris Doctor in 1988.

Professional achievements include but are not limited to winning a $7 million jury verdict for her client, the largest jury verdict awarded in a nursing home neglect case in the state of Mississippi to date. She also led and litigated a substantial amount of cases that reached settlements in excess of $100 million combined.