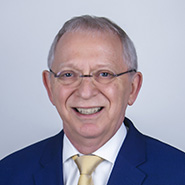 Ruben J. Krisztal is considered to be a leading pioneer in the field of nursing home abuse litigation and is widely regarded as a top attorney. Over 40 years, Ruben has obtained multiple multi-million-dollar settlements and verdicts. He has always believed we should serve as guardians of our elderly.

Mr. Krisztal is licensed to practice law in Arizona, Illinois, Kansas, Missouri, New Mexico, Pennsylvania, and West Virginia. He has handled cases in multiple states throughout the nation, including cases in Arizona, Colorado, Iowa, Kansas, Missouri, New Jersey, Oklahoma, Pennsylvania, Washington D.C., and Wyoming. He is admitted before the Federal District Court for the District of Kansas, as well as admitted to the Federal District Court, Eastern District and Middle District Court of Pennsylvania. He is also a past-president of the Kansas Trial Lawyers Association and past chair of the Nursing Home Litigation Group.

He has appeared in various news publications including Consumer Digest where one of his cases was highlighted, local and national news publications, and educational seminars. He was influential in creating and organizing the American Association for Justice, Nursing Home Litigation Group, which he chaired or co-chaired four times. Additionally, Mr. Krisztal is fluent in Spanish, and is the author and editor of numerous articles, books, and chapters in books dedicated to the subject of nursing home litigation issues.